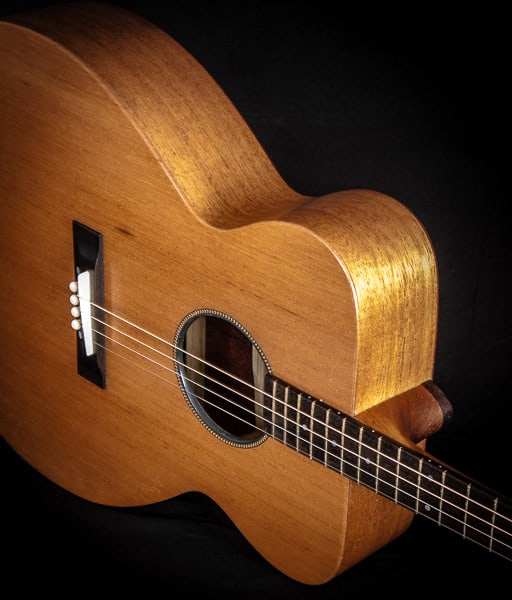 In all the years I worked for Stefan Sobell we made one tenor guitar. I saw it for sale on a forum recently and it went for a very good price. But aye, we only made one in all those years, and that was it. These days I make quite a few.  This year I’m making a lot of them.  But why are people asking me to make them? Are there other tenor guitar makers? Why me? I emailed one recent customer to ask him, and this is his story: 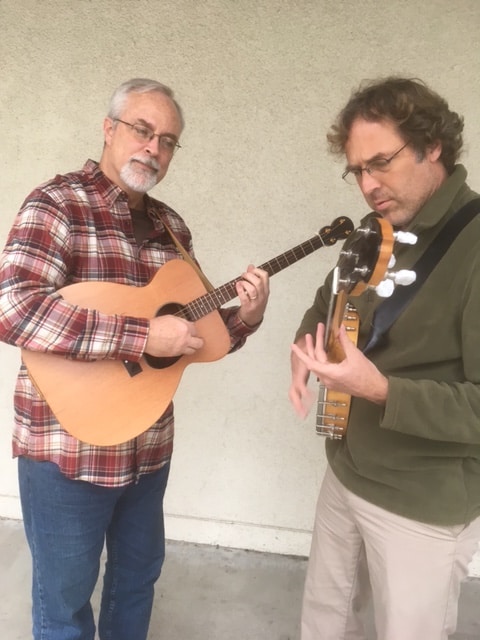 Searching for that perfect tenor guitar

“I have been quite taken with the sound of tenor guitars for a long while. I originally picked up an old Kay flat top from a yard sale. It was cheap and sounded like it, but I still had a lot of fun in it. As far as I know, there is no chain of stores called “Tenors-Are-Us” where one can go to try out different tenor guitars to one’s heart’s content. I found tenors to be rare enough in my neighbourhood that whenever I encountered one locally I would buy it. I’d play it a while, and if it didn’t speak to me I’d sell it on the forum. Using this catch-and-release method, I went through a Kamico, a Harmony archtop, a Goya flat top, two Regal flat tops, an Orpheum archtop, a Martin 0-17 and several others. I was figuring out what sound I wanted. Out of this list the Goya and the Martin had the tone but they were so quiet that they were unusable in anything but solo playing and recording.

I finally came across a 1938 Gibson made Capital archtop that had all the volume I wanted. It cut right through my bluegrass band. I could even hear it over the banjo. I wasn’t in love with the tone as it was rather brash. Still, it had the volume I needed. So that’s been my go-to tenor now for a good long while. I was still wondering, though, if anyone made a tenor guitar that had volume and beautiful tone together. I rather suspected that one had to choose one or the other. I should say here that I’ve never considered putting a pickup in an acoustic instrument. I think it turns it into a different sort of animal altogether…”

“Every now and then I’d surf around the web looking at tenor guitar videos, listening to the tone players were getting from their instruments. It was all pretty depressing, I have to admit. But one day I found your video – Tom’s playing and tone blew me away. So, your tenor became my quest instrument. It’s only the second custom build I’ve ever ordered. The first was a mandola that I turned around and sold within a few months. The tenor is the most expensive instrument I’ve ever bought. Photos are nice, but the proof is in the volume and tone.”

“When I played it along with a banjo, a dobro, and a six-string guitar, that made 21 strings all tuned around the same pitches competing with each other. The sound of the tenor was clearly discernible even when we were playing hard, but it overpowered the other instruments!” 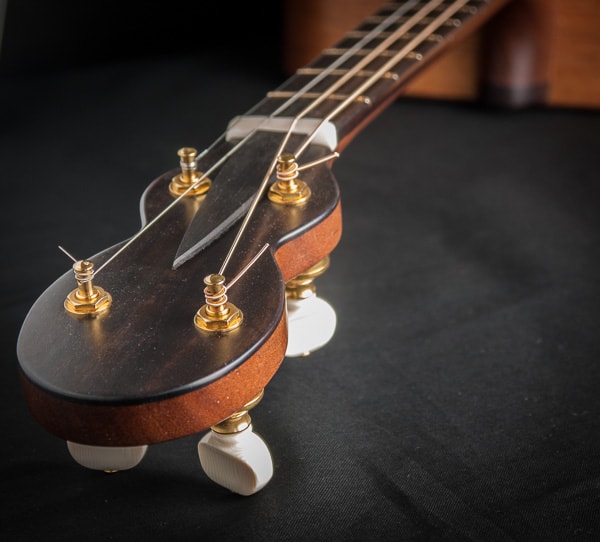 “Thanks again for the beautiful guitar.”

“I’m loving this new tenor. I’ve got a friend who plays clawhammer banjo and I’ve been playing it with him. They go together amazingly well. This instrument is going to point me in new directions musically. Thanks again for the beautiful guitar.

That’s my friend Kent playing his banjo. Kent and I have been teaching at the same school for 24 years and have been picking together the whole time. The tenor guitar and the banjo sound fabulous together. The Session King holds its own easily with the banjo. In fact, while we were picking yesterday I had to hold back while playing backup as the tenor was overpowering the banjo.”

“I’ve been thinking about what to compare the power of this guitar to. While playing two-finger backup chords, it’s a bit like shooting a shotgun. The chords boom out with surprising authority. So, there’s a learning curve to it. It’s refreshing to play a tenor with power to spare.“

As I said at the start of this post, I’m making a lot of tenors this year – and there is a lot of variety – different top woods, different back and sides, scales, tunings, some with flat tops, some with cylinder tops. It’s going to be fun.

If you’d like me to add one more tenor to this years build list, one just for you, drop me a line and we can take it from there.