That’s what one pal said to me after playing the latest  Session King instrument – a 22″ scale tenor guitar. 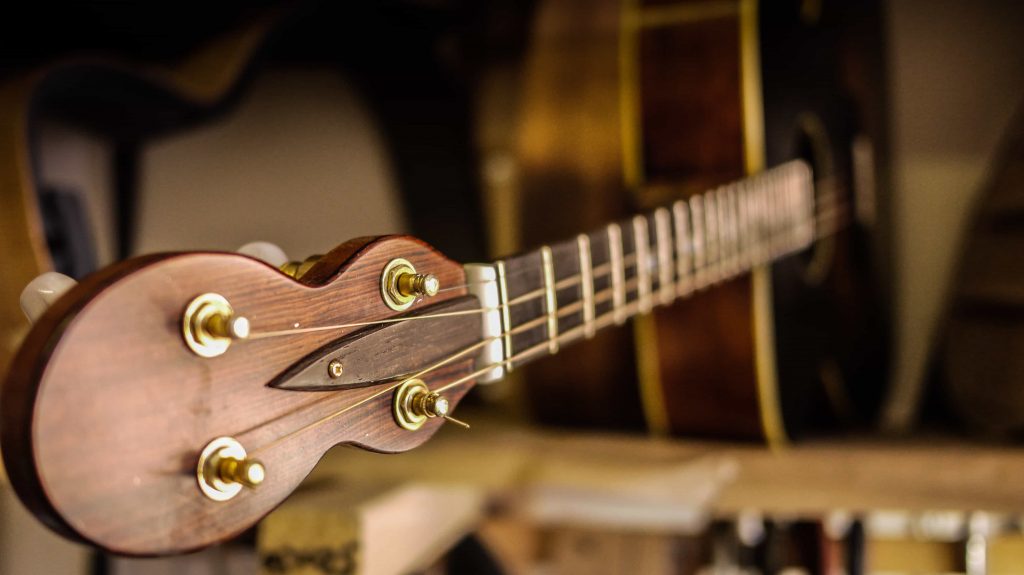 The body is based on my guitar bouzouki shape – it’s a OM sized body with a short squareish top bout. 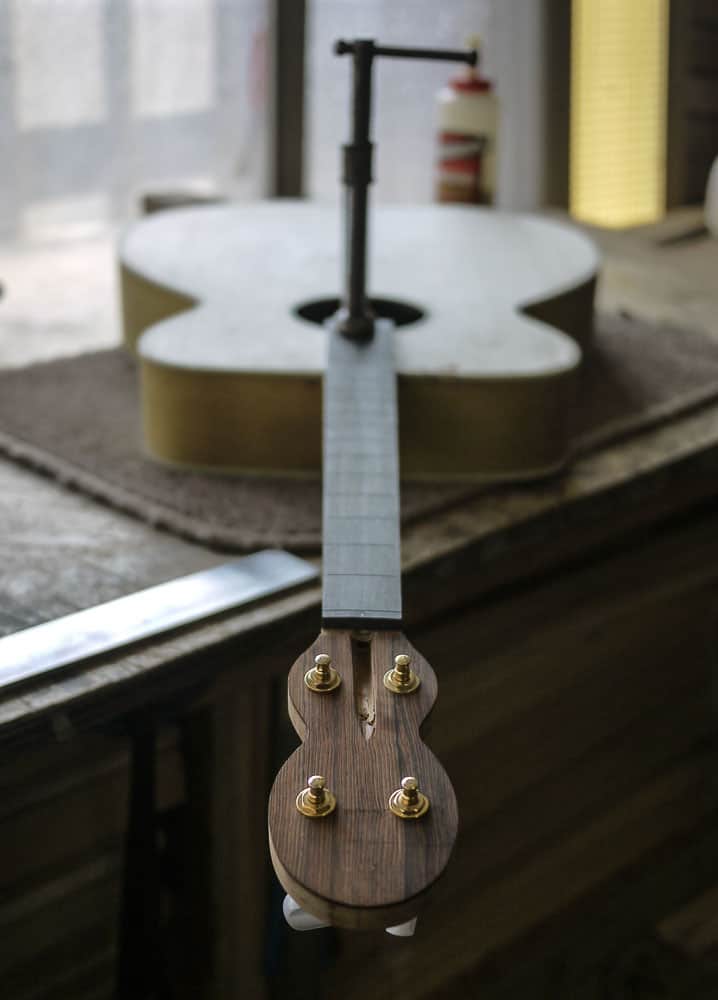 The back and sides are Osage orange, an interesting timber that often gets touted as a viable and affordable alternative to Brazilian rosewood. It certainly feels, taps and has similar working properties. Unfortunately it’s yellow! So to make it a little more easy on the eye I’ve filled the grain with a dark filler and tinted the back and sides a sort of vintage mahogany colour.

The soundboard is good ol’ European spruce – a timber I’ve worked with for years now and understand pretty well. 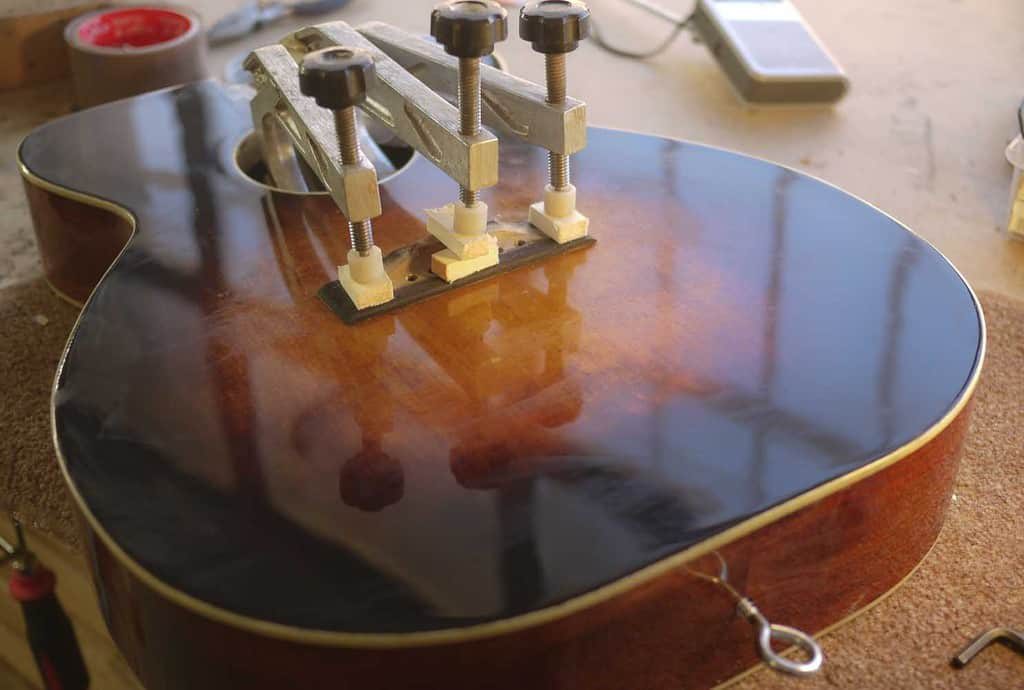 The spruce has a “hand rubbed” sunburst and the whole guitar has a nitro cellulose finish. After that the guitar went for a spell in the time machine. Here it is on the shelf with a whole stack of Session King backs. 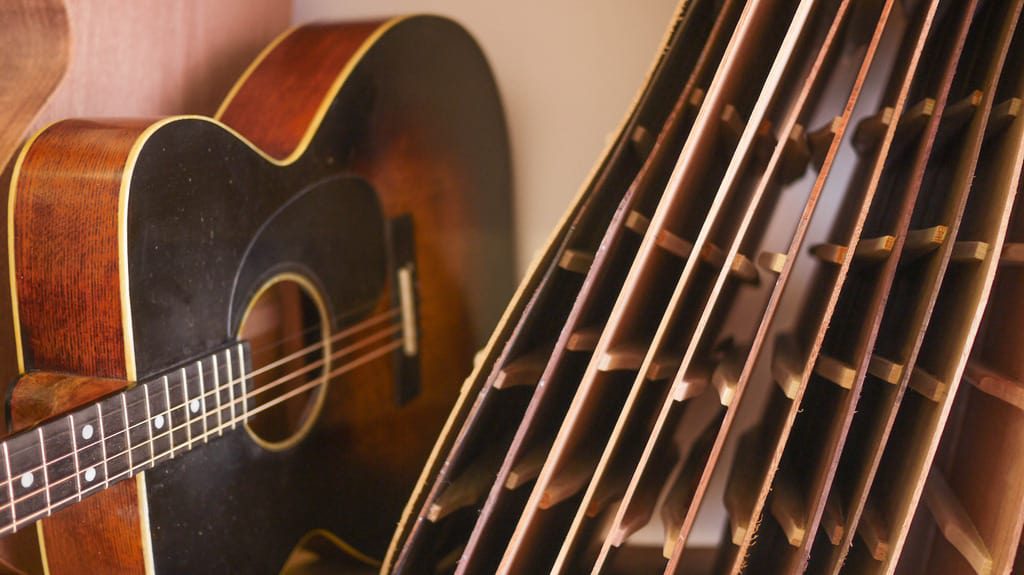 The guitar is tuned GDAE or GDAD, so perhaps it’s a 4 string guitar-octave mandolin. It gets complicated naming these things – but apparently in the tenor guitar world this is called “Irish tuning.”

The plan is this week to make a video of the little beast, so keep an eye on my YouTube channel.