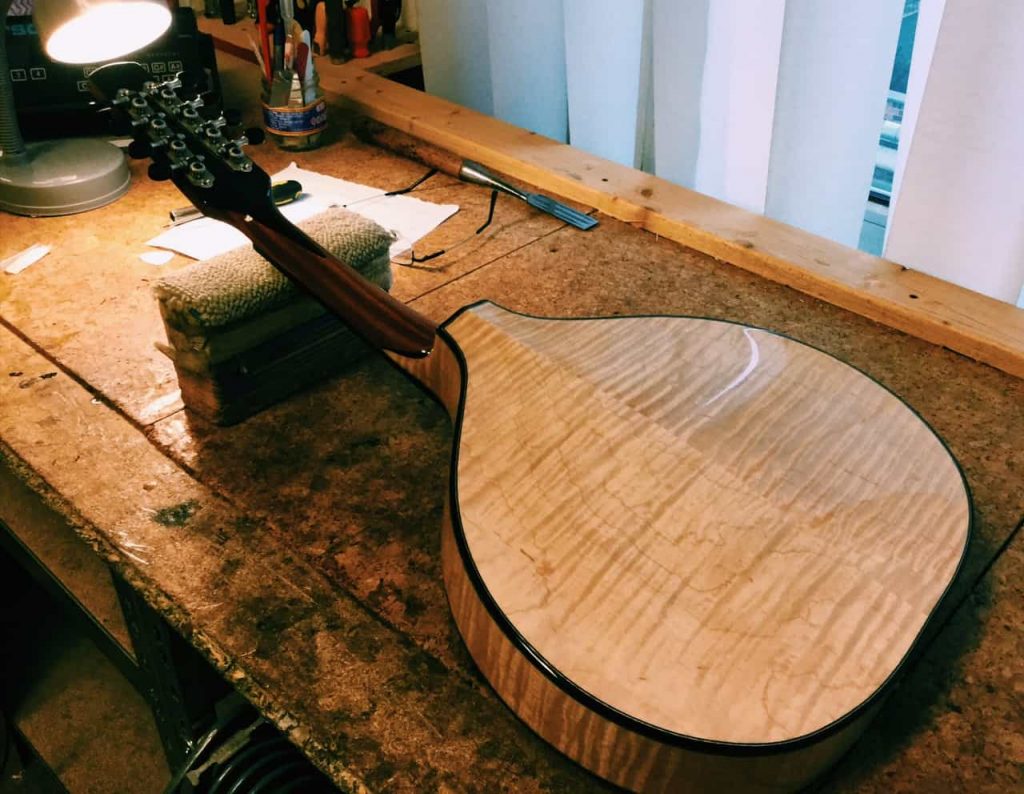 Lots of instruments back from the sprayers this week and more to come soon apparently. So hopefully there should be a few instruments going out the door soon and off to their new homes. 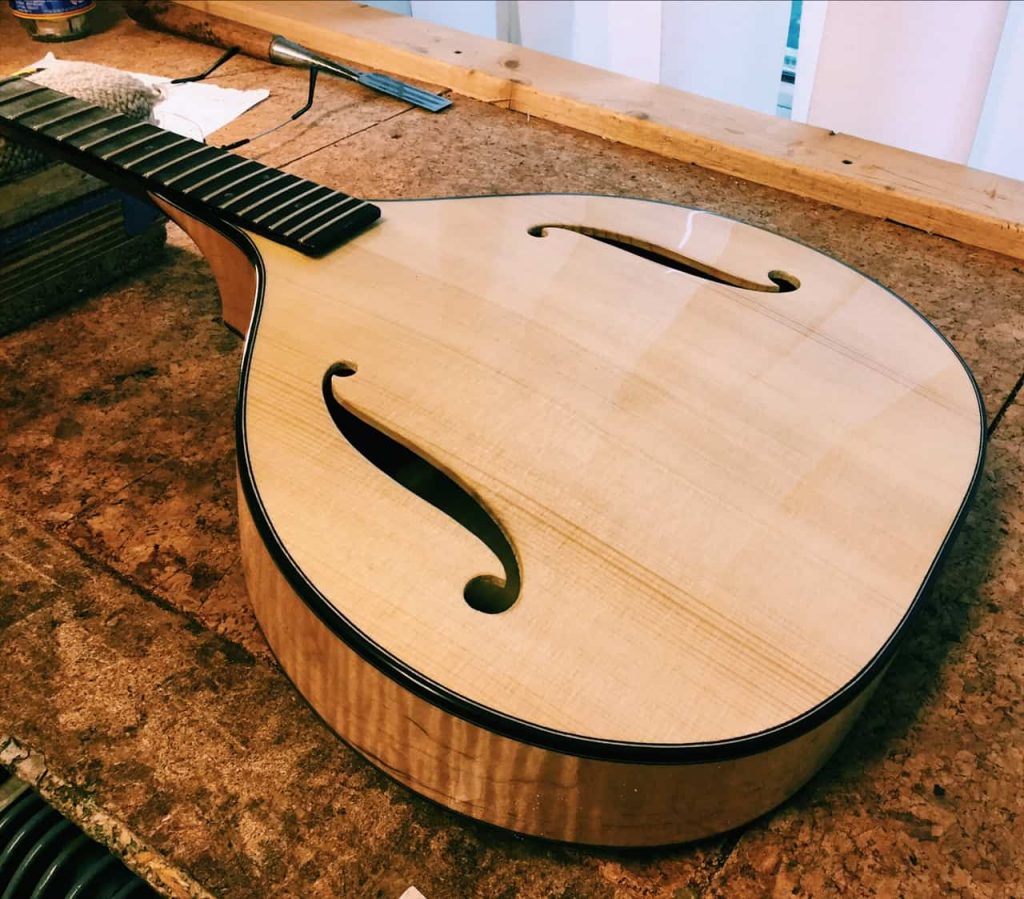 Not just mandolins but bouzouki’s too…

And a rather fancy guitar bouzouki – 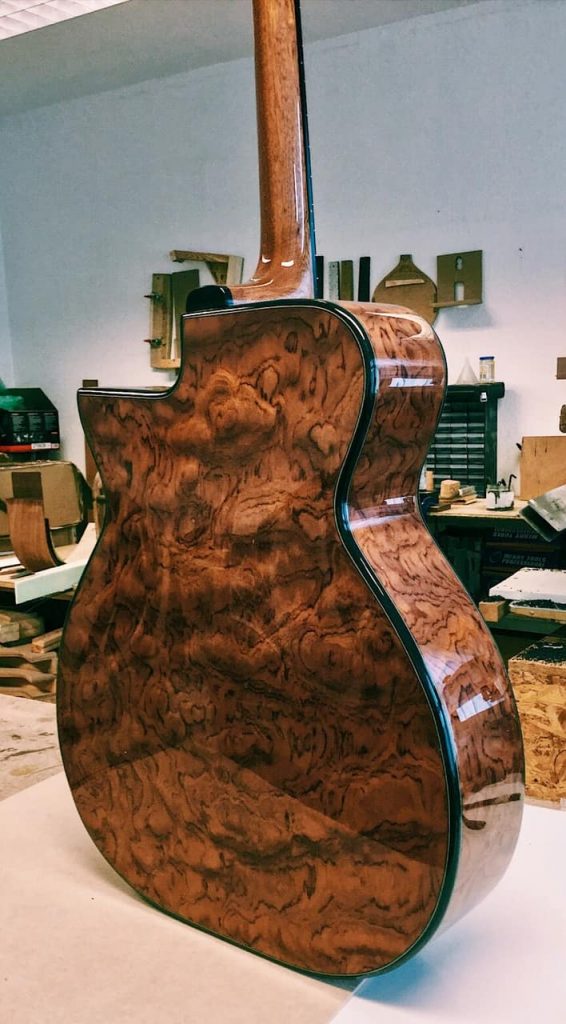 All in all, some rather nice stuff. And there is still more to come – including a pair of instruments I hope to have ready for a guitar show in a couple of months. I’ve not done a show for years (2008 I think was the last one) but this show is in one of my favourite places. So a guitar show is a good excuse to go. I’ll tell you more about that nearer the time.

But for now I’m busy with this little lot. The maple bouzouki was the first out the stalls and I love it – it’s the first of this size I’ve made – it’s a little smaller than my regular Irish bouzouki so it fits well in a bouzouki case. When I worked for Stefan we made only a few flat top bouzouki’s but every time we did I wondered why more people didn’t order them. I really prefer them to the arch top bouzoukis. It has a Western red cedar top and  laminated maple sides –  It’s very strong and loud but nowhere near as heavy as the instruments I’ve been making the last couple of years. It’s a winner!

Can I ask you a favour? If you’ve enjoyed this post, please share it with a friend – either by email or on your social media.