First off, here is the laminated wenge back – the inside. Often I put flame maple on the inside, but seeing as I’m not laminating the bouzouki sides, I stuck with wenge, inside and out.

Here is the inside, all sanded and ready to go. 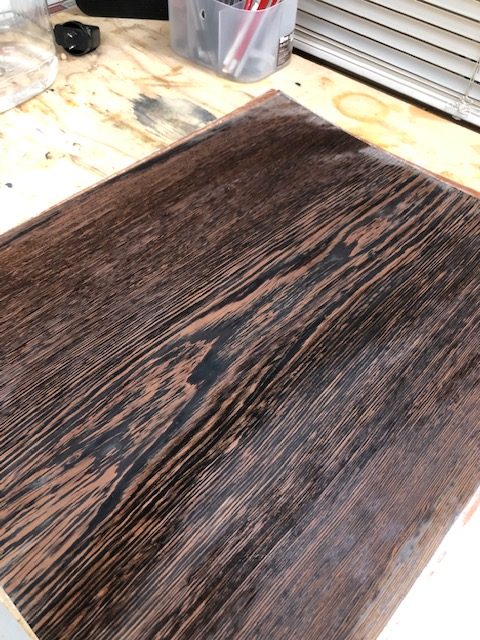 The outside is a slightly fancier piece of wenge from the same log. Very nice too.

Then I spend much of today working on the bouzouki neck. Because the humidity has been so high of late its not been possible to brace backs or tops, so instead I’ve been doing the prep work on lots of necks. Enough to last me well into the middle of the year.

So this one was ready on the shelf – the basic profile had been cut, the truss rod slot routed, the ebony head veneers selected, matched and glued. 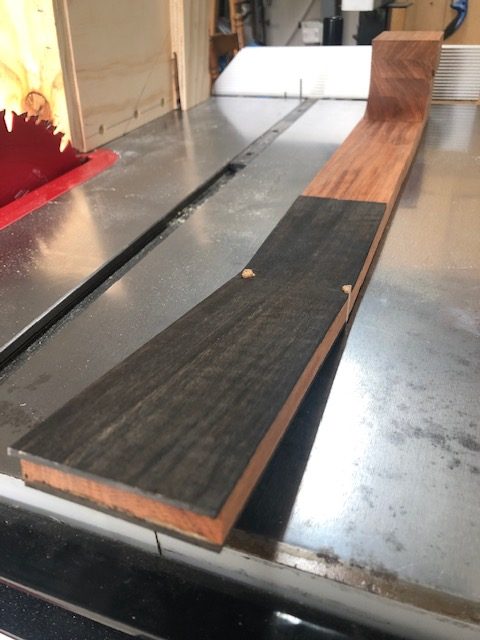 You’ll see the ends of two dowels? They are to stop the ebony sliding about during the glue up. That part of the neck is cut away during shaping.

The heel profile is cut with the spindle moulder: 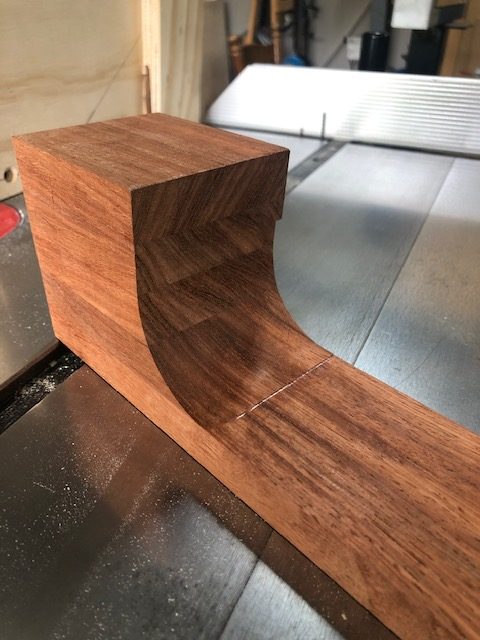 Then using a heavy plywood jig, I cut and angle on the neck – this sets the relationship between the neck and the soundboard.

After that, the neck goes through several stages. I cut away all the bits that aren’t a neck, using jigs, routers and the spindle moulder.

Now normally, I don’t shape the neck until the fretboard has been glued on, but that’s not possible with a bouzouki. So I only give the neck a rough carve. Its left oversize, with squarish shoulders. The neck will be glued to the ribs, then the back goes on, then the top. Then the binding, and then the fretboard goes on. Only then will the neck get its final carve. 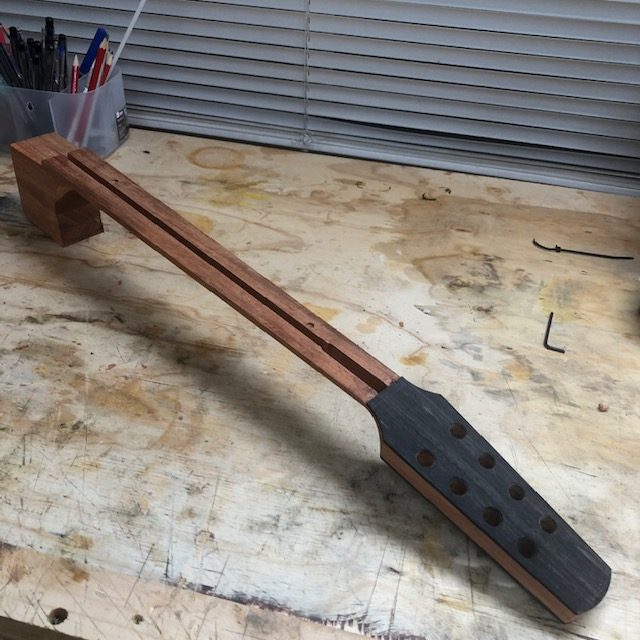 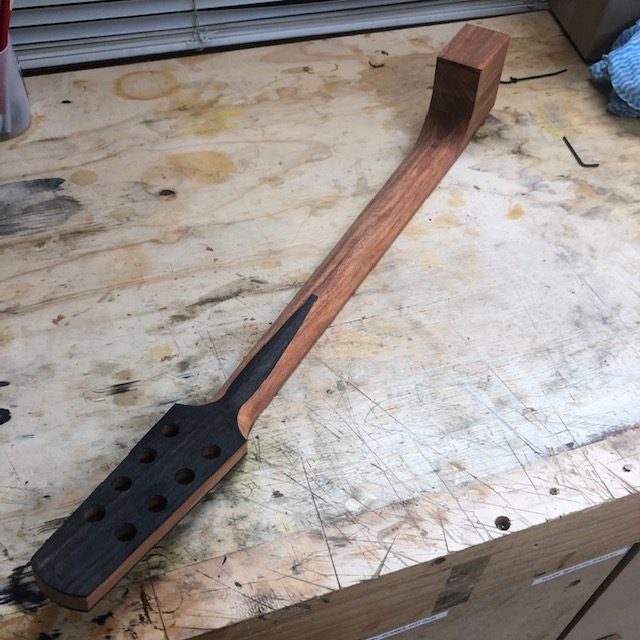