One thing I get asked about is Aussie tonewoods. Australian luthiers very sensibly use domestic timbers. Some interest me, some not. The woods you can buy here that interested me the most when I first arrived are actually imports – Fiji mahogany and New Guinea rosewood. Fiji mahogany is superb – its genuine mahogany planted a couple of hundred years ago by the British. The quality is actually better than much of the mahogany I’ve seen from South America the last few years. New Guinea rosewood – or Asian padauk, I’ve mentioned before. Its a beautiful, stable wood. Perfect for necks, though I’m sure you could get back and sides from it too.

But when it comes to actual Aussie tonewoods, for me, so far it comes down to two choices – blackwood and Queensland maple. Tasmanian blackwood has been very well marketed and is highly sought after, but its basically the same as the blackwood that grows in much of Australia. Some claim the Tassie stuff is superior, but I’ve not seen enough to say. Blackwood is pretty similar to Hawaiian koa, another mahogany type of timber that makes nice instruments. Queensland maple isn’t maple. Actually, its much more like a medium weight mahogany, and the old stuff, like the stuff I’ve been buying makes for great backs, sides and necks.

On a trip to the Sunshine Coast earlier this year, I met David Linton. David lives up near Maleny – a lovely little tourist town up in the mountains. I had no intention of buying wood on that trip. It all started by chatting to the owner of a bookshop on Maleny high street – she picked up on my accent (she’s from the Scottish borders) we got talking, and I mentioned I made guitars for a living. “Oh” she said “You should go and see David Linton who runs the timber gallery down the street, I’m sure he cuts woods for guitar makers.”

David Linton furniture and timber works Is the main part of Davids’ business – the gallery sells work by him and other local craftspeople. There are some lovely things in the gallery, and we bought a really stunning slab of camphor laurel to make a coffee table. But another facet to Davids’ business is sourcing, cutting and selling Australian woods for luthiers across the world. That website is HERE. 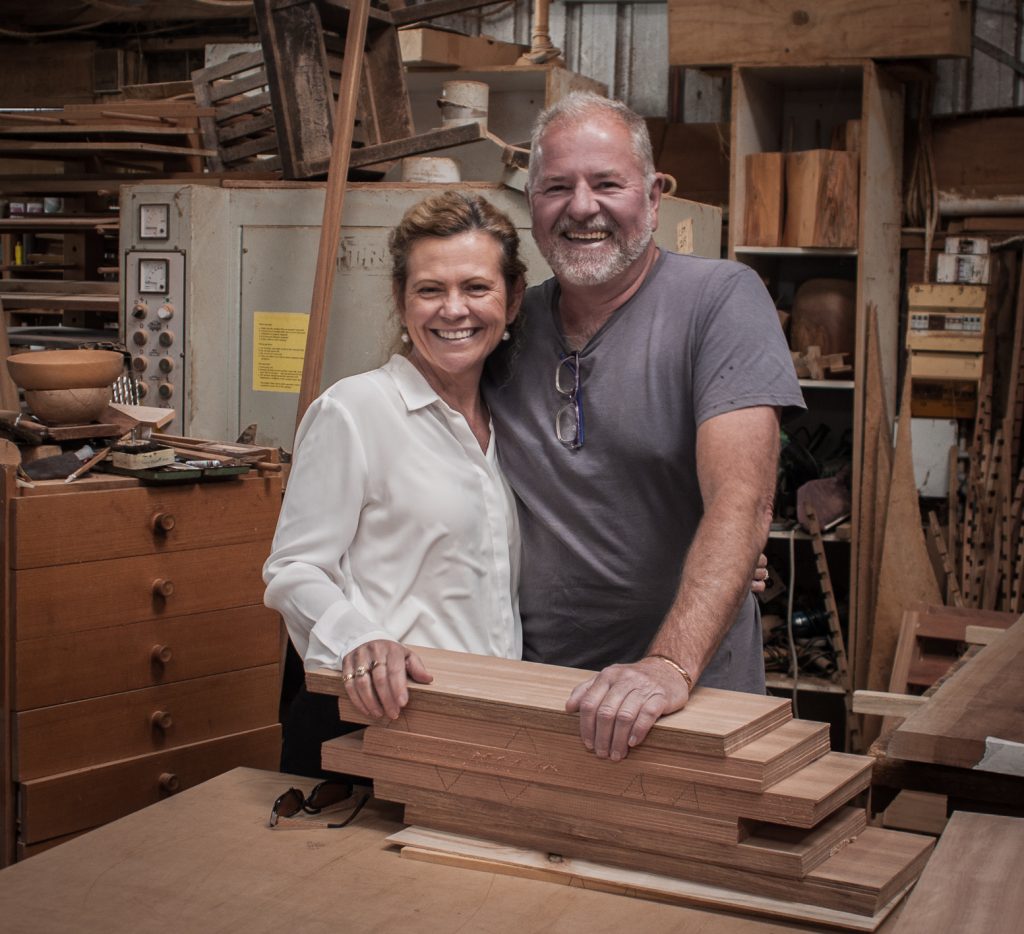 David and his partner Karen run the business, and you couldn’t wish to meet a nicer couple. He has a huge stock of timber from all over Queensland and beyond, he really understands how to convert the stuff. This was my second visit in the last few months and David had cut me 20 sets of really nice, old growth, straight grained Queensland maple for a new model I’m developing. David has plenty of fancy stuff too, and you may well see the off piece of that cropping up in the future.

There are plenty of folk selling tonewoods in Australia, but if you’re thinking of buying, I can highly recommend you get in touch with David first. Great bloke, fair prices, and excellent timbers.