In the picture below you can see the back for this instrument – its a lamination of wenge, cedar and mahogany. The back is laminated in a vacuum press in an arch and is so strong it doesn’t need bracing. 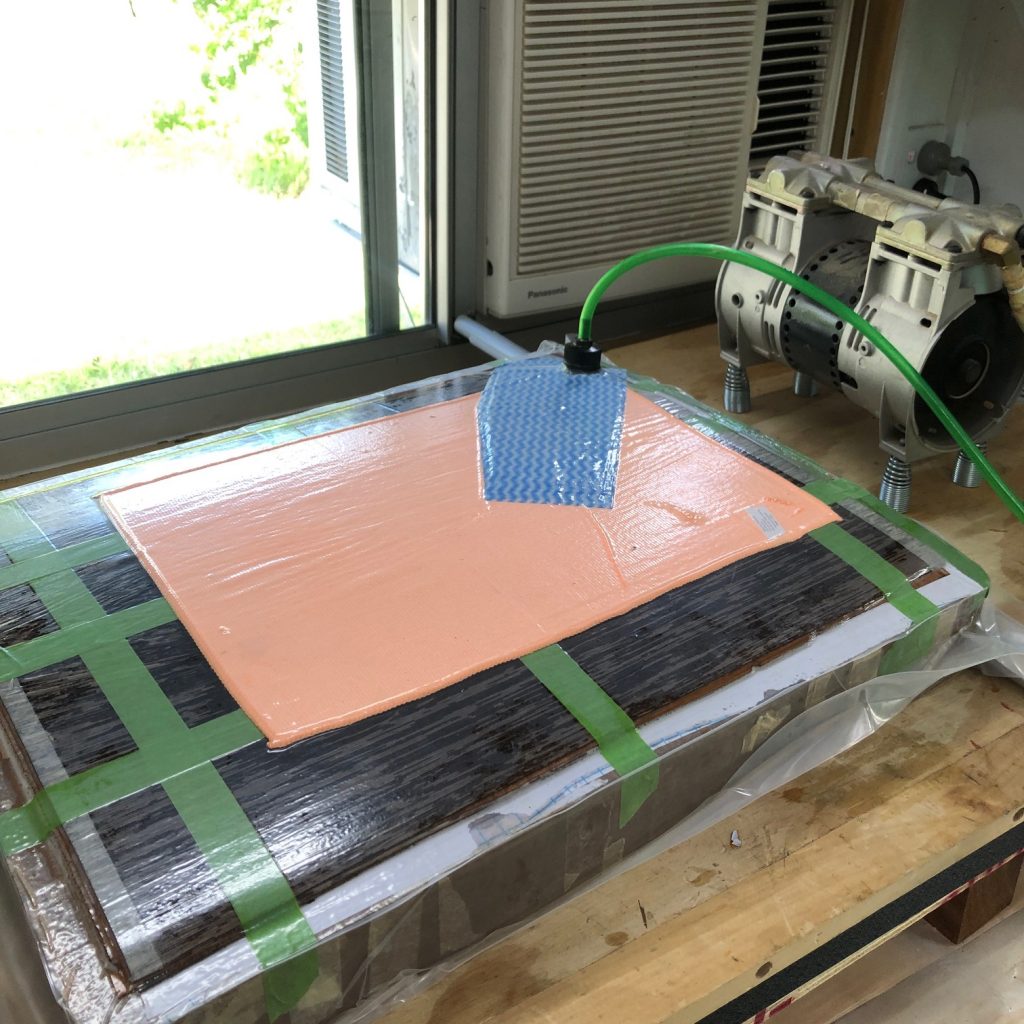 With a Sobell, the back arching is what does the trick. Here, the back has the same arching, but the act of laminating increases both the mass and stiffness. Its a triple whammy. Belt, braces, and an extra belt just in case.

But how I came about this method was by accident – sometimes when you send backs with a drum sander (the tool we use to thickness a back) they get stuck. Sometimes just for a couple of seconds. But that can be enough to sand a trough into the back. To get rid of it, you have to sand the whole back down to that thickness. And this is what happened to a really nice Indian rosewood back – This was for one of the last guitars I made in Leipzig. The back ended up at only 1mm thick rather than around 2.2mm-2.5mm.  Too thin to be of use. But it was so lovely to look at, I had to find a way to use it.  And I already knew that my instrument backs were “dead.”

So I laminated the back to a rejected spruce soundboard and lined it with a really nice flame maple veneer. Between the layers, I used Japanese washi paper for strength. It ended up thicker than a regular back, heavier and stiffer. An amplifier.

It became the back of this guitar:

Since then I’ve experimented with different ways of making backs – my cheaper Session King work still has a heavily curved, braced, solid back. They’re still a “dead” back. But most of my prettier, more expensive work has some variation on a laminated curved or arched back.