It is amazing I still have this guitar top considering how many times I’ve moved workshop and country. But I do.

When I worked as an apprentice for Stefan Sobell in the late 80’s I completed one guitar for myself, but I also started another. And didn’t finish it. The one that got finished was a mahogany and European Spruce Sobell Model 1. This guitar was going to be little smaller as the top is about 15 1’2″ across.

My plan was to make a 30th anniversary guitar last year, since 2018 marked 30 years of guitar making, but with one thing and another I just didn’t have time. But this year I need to make the time. And I think using this 30 year old guitar top is a great way to do it.

The top is European spruce. It has a simple herringbone rosette – typical of the work we did in the ate 80’s. The top was made in the arched Sobell top former, and braced in a pattern which was a variation on the design we used at the time. When I say its a variation – it is – its not the Sobell design – its similar but different. The bracing behind the bridge is totally different to the work we did on Stefans’ guitars, but the main X is similar. Oddly enough its almost the same design as I use now. So after nearly 30 years of experiments it seems like the first idea I had when I was 19 was the best one! 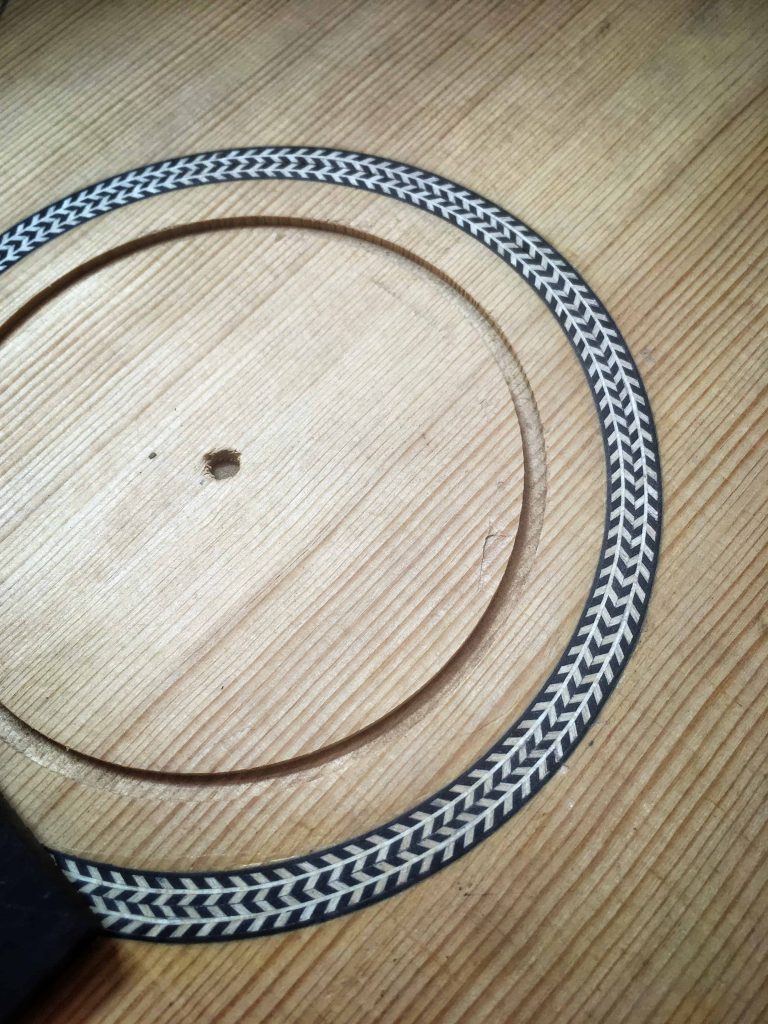 Anyway, the question is, who’d like me to make them something special with this top? Its big enough for a Forster Model S, or a Model G, or maybe even a brand new design you had in mind. It could have 4 strings, 6, 8, 10 or 12. Its up to you.

If you’d like to discuss owning the NK Forster 30th anniversary guitar, please contact me using the form below and don’t forget to tell me what country you are in.